The attempt to form an opposition front in the President-Vice Presidential election was sabotaged, Congress angry 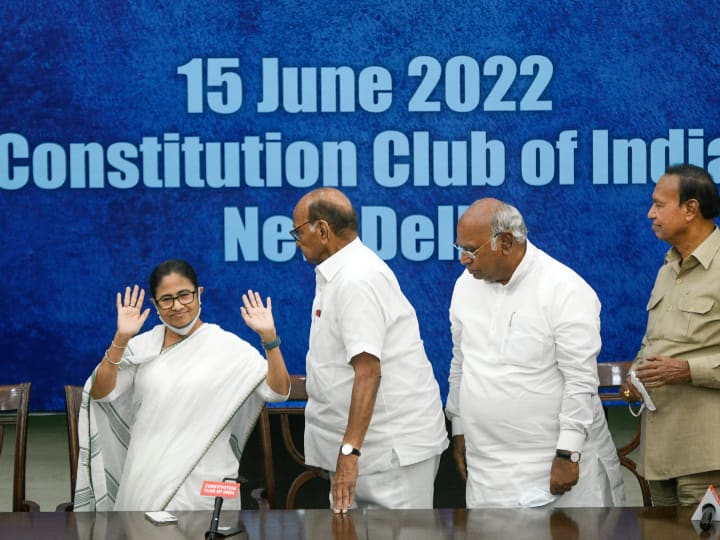 In view of Mamata Banerjee’s stand against the Modi government, it was believed that she would support the opposition candidate in the election of the Vice President, but this did not happen and it is evident that the Congress leading the opposition is very upset.

Not coming with Mamta is a big blow to UPA

Leader of Congress in Lok Sabha Adhir Ranjan Chowdhury has said that Mamata’s non-compliance is a big blow to opposition unity but it started with the NDA’s nomination of Draupadi Murmu for the presidential election. After making Murmu a candidate, not only non-NDA non-UPA parties like YSR Congress and Biju Janata Dal left the opposition and went in his favor. Rather, Jharkhand Mukti Morcha and Shiv Sena also left the opposition.

However, this does not mean that parties like Jharkhand Mukti Morcha and Biju Janata Dal will come with the NDA. By the way, the way many opposition MPs and MLAs cross-voted in favor of Draupadi Murmu in the presidential election, it is not a good sign for opposition unity.

It is believed that 17 MPs and more than 100 MLAs cross-voted in favor of Draupadi Murmu in the presidential election. The effect of the distance in the relationship between Mamata Banerjee and Congress is now visible in Parliament too, where TMC is missing from most of the opposition meetings. now what Narendra Modi For example, this sign is definitely not auspicious for the opposition who is dreaming of challenging a strong leader.

National Emblem Row: The matter of the national emblem in the Central Vista reached the Supreme Court, questions raised on the fiery posture of lions

2132 trains were canceled due to agitation against Agneepath, all restored

2132 trains were canceled due to agitation against Agneepath, all restored