Tanguy Ndombele Scored the winner, As he scored first European goal for Spurs 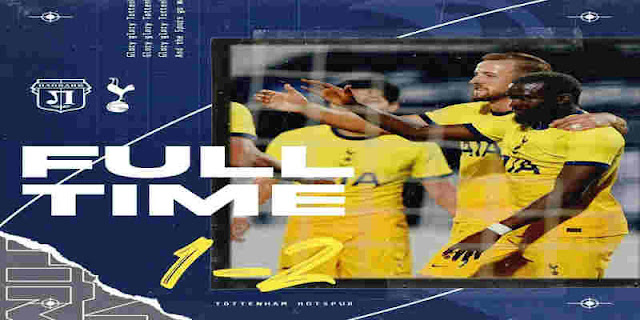 Georgi Minchev addressed the Bulgarians ahead 72 minutes into the Spurs seemed in danger of falling at the first hurdle. Harry Kane but soon leveled from the penalty spot, as Dinis Almeida was sent off for handball and Birsent Karagaren was sent off for protesting. And Tanguy Ndombele included in the winner to send over the Spurs.

Spurs face another long trip on Thursday to face Shkendija Macedonians in the third qualifying round in a busy week for the team of Jose Mourinho week. They have a Premier League match against Southampton on Sunday, a game EFL Cup Leyton Orient on Tuesday and then travel to Macedonia two days later.

Spurs looked to be in complete control of this tie until Minchev out the hosts in front on 71 minutes and a shock looked to be on the cards. Kane equalised from the spot on 80 minutes.

The winner came from Tanguy Ndombele on 85 minutes after he converted a cross from Lucas Moura.

A spirited display from the Bulgarians who can be proud of their efforts, Spurs class told in the end and it’s the Premier League side who will progress to the third qualifying round.

MLA Ashok Sarma Hospitalised due to being COVID 19 +