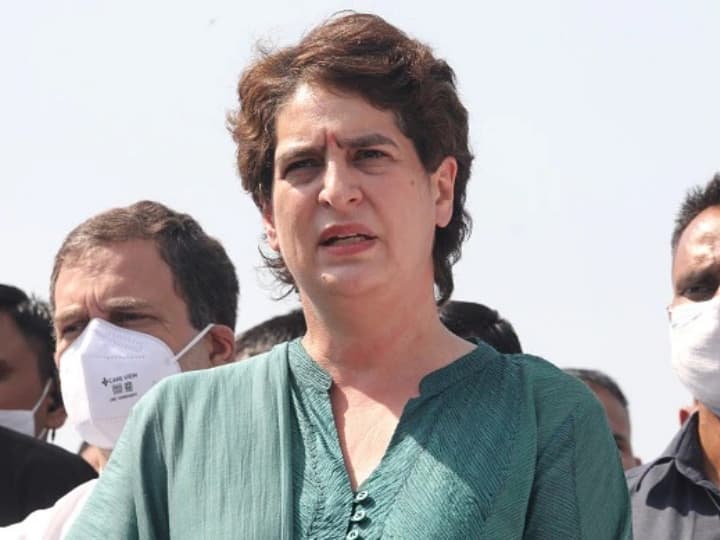 Congress Protest: Congress has spoken out against inflation and unemployment. Along with this, big leaders and workers of the party are aggressively demonstrating on the streets across the country. Meanwhile, Congress General Secretary Priyanka Gandhi Vadra’s statement on inflation in the country has come. Priyanka Gandhi said, “Inflation has gone beyond the limit. For this the government will have to do something. That’s why we are fighting.”

Let us tell you that a nationwide demonstration of Congress is going on under the leadership of MP Rahul Gandhi. At the same time, Congress President Sonia Gandhi is also involved in the nationwide demonstration by the party. Big leaders and workers of the party are going to gherao the Prime Minister’s residence. Along with this, there is a lot of uproar in the monsoon session of Parliament regarding inflation. Due to this, once again the proceedings of both the houses of Parliament have been adjourned till 12 noon.

While holding a press conference at the Congress headquarters, Rahul Gandhi said, “We want to raise the issue of inflation, unemployment and what is being divided among the people in the society, but we are not allowed to speak.”

Congress leader seen in black clothes
Many Congress leaders, including Rahul Gandhi, are seen in black clothes near the Parliament House complex. A large number of Congress workers have gathered to protest. Congress leader Rajiv Shukla said that we are also ready to give arrest. All are preparing for the march from Rashtrapati Bhavan to PM’s residence. Delhi Police has stopped all of them from moving forward. Let us tell you that a large number of police forces are deployed on the roads of Delhi.

Union Minister said on the allegations of Rahul Gandhi, this is fake Gandhi and fake ideology