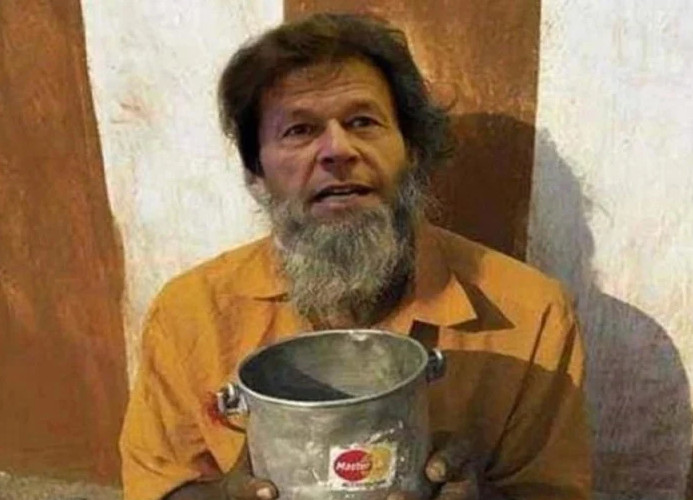 Photograph of Pakistan Prime Minister Imran Khan seen on Google searching for ‘beggars’!: Pakistan has already dodged India’s decision to abolish Article 370 from Jammu and Kashmir. He appealed to many countries to protest against this decision, but he has got disappointment from almost all the countries. In the Kulbhushan Jadhav case, Pakistan was disgraced on the world stage. Now Pakistan is making fun of Prime Minister Imran Khan on social media.

In the meantime, a picture of beggar search is coming from Pakistan’s Wazir-e-Azam Imran Khan. However, the picture is edited and it also shows a bowl in Khan’s hand. In fact, Prime Minister Imran is running to get loans from many countries of the world to get Pakistan out of the financial crisis.

Earlier, Pakistan news channel PTV had made a big mistake. When Prime Minister Imran Khan went to China in November and gave a speech, the channel showed it all live. At the same time, the channel wrote to China’s capital Beijing as “Begging”. After which the government sacked many people associated with that program. It was also made fun of on social media.

Recently, US lawmakers raised a lot of questions on Google CEO Sundar Pichai on this matter. He also put the matter of Donald Trump in front of him. According to Pichai, Google’s algorithm is responsible for this. Which considers the repeated use of any word and picture by people as related.

A different reason for this is also that if the people of Pakistan have used the word beggar very often with the image of Imran Khan, then it is possible that his picture is coming when searching for the word beggar.