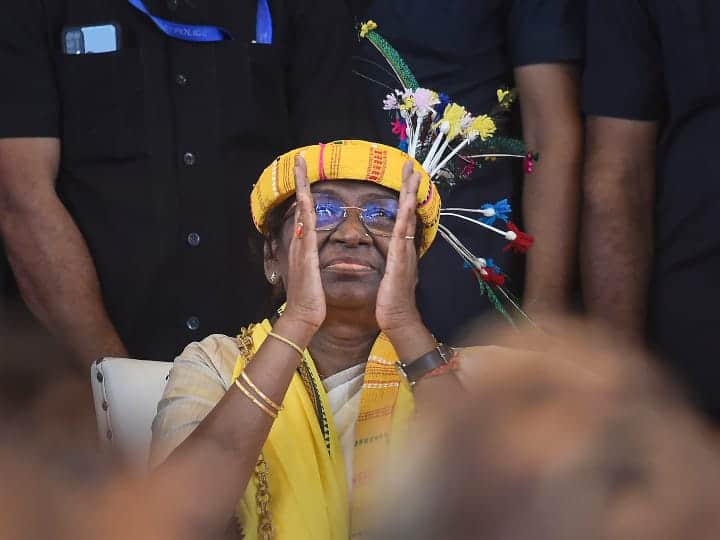 Ward Member To President: It has been 75 years since the country got independence. In this, the last one and a half decade is considered special for women. Women, who raised the flag of success in every phase of life, also ruled the constitutional posts of the country. In the year 2007, Pratibha Devi Singh Patil became the first woman President of the country, while this time Draupadi Murmu was elected as the country’s first tribal woman President.

Did anyone ever imagine that rising from a small village in Odisha, Uparbeda, a woman would sit on the highest office of the country and Rashtrapati Bhavan would be her residence, one of the best buildings not only in the country but in the world. Draupadi Murmu started her professional life as a teacher and then gradually stepped into politics. Draupadi Murmu has been active in politics since 1997. He started his political career by winning the councilor election of Nagar Panchayat.

The year 1997 was the year when Draupadi Murmu tried her hand in the elections for the first time and she was successful in that. Murmu was elected councilor from Rairangpur Nagar Panchayat. After that he never looked back. Draupadi Murmu was also an MLA for two terms in the Odisha Legislative Assembly. For the first time in the year 2000, she was elected from Rairangpur seat, which is a reserve seat. In the year 2004, she came again by winning from this seat. In the year 2000, she was the Commerce and Transport Minister in the BJP and Biju Janata Dal government, later became the Minister of Fisheries and Animals Department.

came ups and downs in life

Draupadi Murmu also saw many ups and downs in her political journey. In the year 2009, BJP fielded him from Mayurbhanj Lok Sabha seat but did not get success. Draupadi Murmu came third. After this, in 2014, she fought on BJP ticket from Rairangpur assembly seat, but here too she lost by about 15 thousand votes. Draupadi Murmu won 2 elections as MLA and lost in one. His work as an MLA also stung. In the year 2007, he was awarded the Neelkanth Award for the Best MLA Award, which he received from the Odisha Legislative Assembly.

read this also: President Droupadi Murmu Oath Live: Draupadi Murmu will take oath as President today, salute will be given with 21 guns

read this also: Both the PM and the President of the country who were born after independence, this happened for the first time.