Kejriwal gave five guarantees to traders in Gujarat, told – now GST is yet to be imposed on air 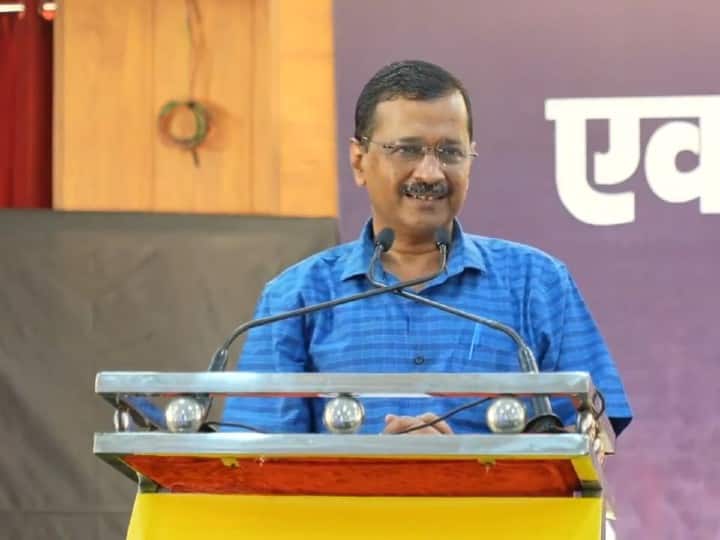 CM Kejriwal Story Of GST: Delhi Chief Minister Arvind Kejriwal held a townhall meeting with traders in Rajkot, Gujarat on Tuesday. During this, a large number of traders present asked questions and Arvind Kejriwal answered them. He said that Kautilya had written the book of Economics. He had written a good thing in his book that a king should take such tax from his people that he does not even know that he has taken the tax. Just like a bee extracts honey from its hive, it does not even realize that the honey has gone out. Kejriwal told that tax should be taken in the same way as a bee extracts honey from its hive.

GST process should be simple

Kejriwal told that GST is very complex. I know many small businessmen whose business got closed due to GST. Because they are not able to pay GST. What is the use of such a tax, which shuts down the business. We need such a tax system within the whole country, which people can easily fill. Tax comes later, economy runs first, business and industry run first. People should get employment. Industries and shops will not run and they will say that first give tax, then from where will the person pay the tax.

Same tax on same things within the whole country, this is also not right. The economy of Gujarat is different inside our country, different in other states. I personally am not in favor of this whole system. This whole system is very complex and needs to be simplified so that traders and industrialists can pay taxes comfortably.

Referring to Delhi, Kejriwal said that an atmosphere has been created in the country that the businessman is a thief. They create such an environment that traders and industrialists do not want to pay tax. 99 percent people want to pay taxes honestly and want to do their business honestly. But they are not given a chance to give. It gets complicated and then has to be settled by transfer. Learn to trust the traders. Just a few days ago, they imposed GST on curd, buttermilk, lassi, flour, wheat and chawal. Now GST on air is still pending.

During this, Arvind Kejriwal, while giving five guarantees to the businessmen and industrialists of Gujarat, said that if the Aam Aadmi Party government is formed, then we give the first guarantee that we will end the atmosphere of fear in Gujarat so that you can do your business with fearlessness and peace. Do it, flourish. If you will flourish, then Gujarat and the country will progress.

Second guarantee – will give respect to every trader. Every businessman and industrialist is hungry for the most respect. He has earned money, but when he goes to a government office and gets scolded, he feels very bad. When someone goes to meet a politician and he scolds him, it feels very bad. Traders will be respected in Gujarat.

Third- Will give corruption free administration. Only Aam Aadmi Party can do this, no one else in this country can do it. Only we can give freedom from corruption, because we are staunch honest people and this is pricking them. Nowadays these people are throwing a lot of mud on us, but the mud is not sticking on us. The people of the country know that the Aam Aadmi Party’s fanatics are honest.

Giving the fourth guarantee, he said that many refunds of VAT and GST are pending. They will give all refunds within six months. At the same time, by sitting with the traders and talking to the central government on the entire process of GST, we will try to make it easier and whatever they can do at their level, they will also do it. Will make the entire administration of GST in public interest.

Death due to spurious liquor should be investigated

At the same time, while talking to the media, Arvind Kejriwal said on the death of many people due to poisonous liquor in Gujarat that it is a very unfortunate thing. Liquor is banned in Gujarat. Sale of liquor is not allowed. People know how much illegal liquor is sold here despite the ban. Who are these people who sell illicit liquor? Obviously, those selling illicit liquor have political protection. Where does all the money from this illegal liquor sale go? Who are its parents? It should be investigated.

Former MP KD Singh was caught by the CBI, a case was registered in the case of misappropriation of 100 crores

Delhi government is building 4 new hospitals with a capacity of 3237 beds, know when will be ready