How much damage was done to the railways due to the protest against ‘Agneepath’? Railway Minister’s big statement in Parliament 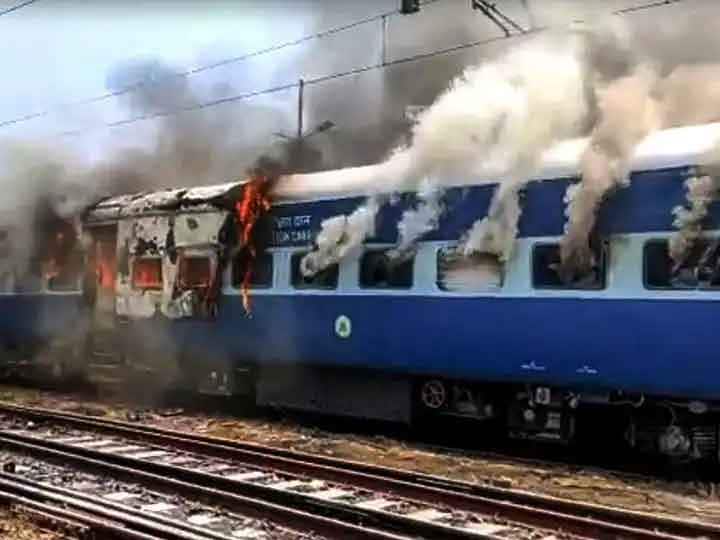 Ashwini Vaishnaw In Rajya Sabha: Union Railway Minister Ashwini Vaishnaw told the Rajya Sabha on Friday that the Indian Railways has suffered a loss of Rs 259.44 crore in the agitation against the Agnipath scheme. In a written reply to the questions asked by Congress leader Akhilesh Prasad Singh, the minister said, a separate data regarding the amount of refund given to passengers due to disruption of train services due to public disorder as a result of the agitation. are not present. However, Ashwini Vaishnav said that due to cancellation of trains during 14 June 2022 to 30 June 2022, a total refund of Rs 102.96 crore was given.

The minister’s reply came when the Congress MP asked, is it true that there has been extensive damage to railway property due to the agitation against the Agneepath scheme? The minister also said that police and public order are state subjects under the Seventh Schedule of the Constitution of India. Vaishnav said that the state governments through their law enforcement agencies are responsible for prevention of crime on railways, detection of miscreants, its investigation and maintenance of law and order.

Trains caught fire and public and private vehicles attacked, while railway stations and highways in several states were turned into battlefields amid growing protests against the defense recruitment scheme, Agneepath, he said. At the launch of the ‘Agneepath’ scheme, Defense Minister Rajnath Singh said last month that it is a transformative initiative that will provide a youth profile to the armed forces. ‘Agneepath’ is an all India merit-based recruitment scheme for the enrollment of soldiers, airmen and sailors.

read this also- Kedarnath Yatra 2022: There is no effect of rain and landslide on Kedarnath Yatra, devotees reached in record number, how many people have visited till now?

These opportunities will meet from Agneepath

This scheme provides an opportunity to the youth to serve in the regular cadre of the Armed Forces. All those who are recruited under the Agneepath scheme will be called ‘Agniveer’. The ‘Agniveers’ will be engaged for a service period of 4 years including training period. After four years, only 25 per cent Agniveers will be regularized on the basis of merit, willingness and medical fitness. After this he will serve for the full term of next 15 years. Another 75 per cent ‘Agniveers’ will be given a ‘service fund’ of Rs 11-12 lakh, partially funded in the form of skill certificates and bank loans, along with their monthly contribution to help them in their second career.