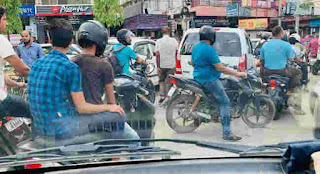 Reacting to a perception made by participants at a CII occasion, on the requirement for bringing down the rate on bikes, the pastor said it was “undoubtedly a decent recommendation, as this classification is neither an extravagance nor a transgression decent and henceforth justifies a rate correction”.

As per an announcement gave by CII, which was likewise given by the fund service’s representative, Sitharaman said a rate update proposition would be taken up by the GST Council. The comment came in front of the 41st meeting of the Goods and Service Tax (GST) Council, scheduled for Thursday.