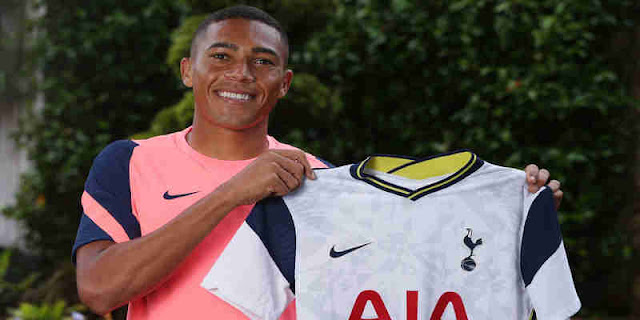 Vinicius joined Benfica from Napoli for £ 15m last summer and is expected to serve as a support for Harry Kane.The 25-year-old scored 24 goals in all competitions last season and was linked with a number of clubs more largest in Europe – including Juventus and Inter Milan.Vinicius previously had loan with Monaco and Rio Ave Portuguese team last season before his move to Benfica.

Tottenham have signed Brazilian striker Carlos Vinicius on a season-long loan from Benfica, with an option to buy him for around £36m.

It featured five times in the Champions League for them, scoring in a 2-2 draw at RB Leipzig and helped Benfica win the Portuguese Super Cup.