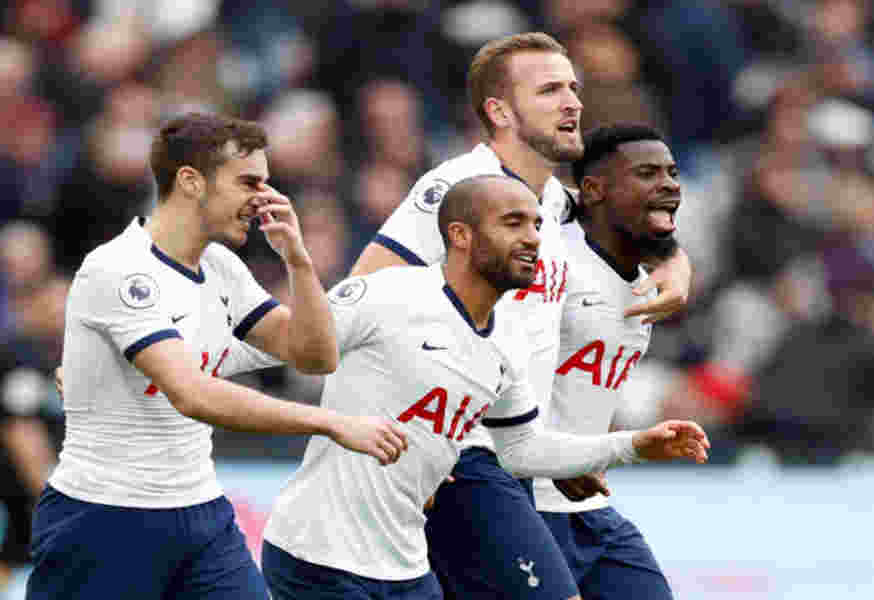 Tottenham Hotspur came from behind in the Carabao Cup against Chelsea tonight to progress through a penalty shootout in north London. Timo Werner stood side 1-0 away in the first half before Erik Lamela equalized late in the Spurs and scored a perfect five from five to edge of the shooting.

Hugo Lloris – 5 – A few smart stops by the game and guessed the right way in some of the sanctions, but nothing stand out as Hugo night.

Serge Aurier – 7 – right side wing played well for 90 minutes, looking far fitter than most of the players out there. A real constant output.

Japhet Tanganga – 6.5 – A nightmare first 15 minutes for the young after two lapses in concentration, but actually became the game and played well considering it was his first game in months.

Toby Alderweireld – 6 – A discreet and efficient game Toby, man often left on the back when everyone pushes forward for the equalizer. He still reads the game very well.

Eric Dier – 6.5 – a great pity to start the shootout and looked more comfortable in a back three which could explode in the defense and drive to the pitch.

Sergio Reguilon – 7 – Despite being the culprit for the first goal, I thought Reguilon looked amazing in his first outing. He grew more and more confident when the clock marked, set the target Lamela, and was a constant threat down the left.

Gershom Fernandes – 4.5 – Minutes have been difficult to achieve and Gershon did well in the center of the park, which never seems to stand out.

Moussa Sissoko – 6 – A performance Moussa underestimated. You could say that there was not much in the legs by the end but excavated and allowed others to push forward while working hard defensively.

Ndombele Tanguy – 6.5 – would be higher, but really Tanguy ran out of steam for 70 minutes because he was not lazy, but because he is now getting more playing time and put more effort into. Positive signs.

Steven Bergwijn – 7 – thought Bergwijn really became the game once opened in the second half, especially considering the difficult role given to him in the side.

Erik Lamela – 7.5 – I have to give extra points for penalty, the goal of the tie, and overall work ethic tonight.

Pierre højbjerg – 6 – seemed so composed on the ball, it was required at his feet, and a cool penalty to finish!

Harry Kane – 5.5 – Not done too after entering, but worked hard at home and drawn what proved to be the winning penalty.