Solar storm will hit the earth again, will affect mobile, satellite and GPS 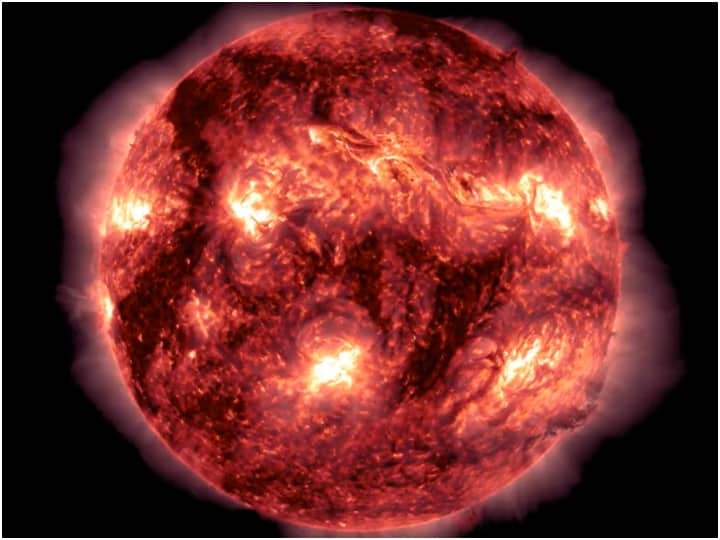 Space Weather News: According to the recent prediction of space weather researcher Dr. Tamitha Skov, another solar storm is expected to hit the Earth directly. Researchers and scientists around the world are concerned about the possibility of a strong solar flare on Earth. There was a massive radio outage after the Solar Flare Eruption on 15 July. Once again, due to the impact of the solar storm on the Earth, there may be problems in the use and working of mobile, GPS, satellite.

After the movement on the surface of the Sun, there was a solar flare explosion of 15 July, which is continuously affecting the Earth. Two days earlier, on Tuesday 19 July, a solar storm hit the planet, breaking open a hole in Earth’s magnetosphere. According to a space weather researcher, new sunspots are expected to appear on the solar disk in front of Earth throughout the week. The National Oceanic and Atmospheric Administration (NOAA) has predicted that a solar flare will also occur during this time.

These sunspots can generate powerful solar flares with an estimated X-class maximum impact that can damage GPS, create radio blackouts, or even affect phone networks. According to space weather researcher Dr Tamitha Skov, this solar storm has been confirmed to be part of the solar activity of July 15. He said that, “On July 21, a minor G1-class geomagnetic storm is possible.”

During the July 15 event, GPS was also disrupted and there was a radio blackout around the planet. Many people believed that the storm was over, but now it appears that a slow-moving coronal mass ejection (CME) that erupted after a solar eruption is heading towards Earth. The blackout then caused minor disruption to communication systems on some radio operators as well as private ships and airplanes operating during the storm. According to the official NOAA report, there is a 30% chance of a major solar storm today and a 10% chance of a minor solar storm tomorrow.

NASA had given a warning

NASA warned on July 19 that solar flares could have a significant impact on Earth’s geomagnetic field. NASA said that a solar flare is a strong radiation explosion caused by the release of charged particles from a sunspot. These are known as bright spots on the surface of the Sun, and they can persist for a few hours. The intensity of a geomagnetic storm can be measured from one to five, with one indicating a minor storm and five representing a major storm. A strong solar storm can disrupt radio, networks and communications in many areas. The current storm is placed in the G-1 category.

What is a Solar Storm?

Solar Storm is directly related to the Solar System and in that also it is directly related to the Sun. These are large flames rising on the sun, which are produced by explosions caused by the effects of gases there. You can guess this dangerous from the fact that these explosions can be as powerful as many atomic bombs. When explosions occur due to the collision of gases on the sun, then solar flares or flames come out of them. After this they move towards the Earth.

NASA New Images: NASA released the most amazing pictures of space, showing such a new form of the universe

NASA Universe Photo: How was the Earth made, how was the universe 13 hundred million years ago, NASA published real pictures

Breaking News : Draupadi Murmu officially declared the winner in the presidential election, got so many votes