Shivakumar hugged Siddaramaiah and congratulated him on his birthday, Rahul Gandhi said – I am happy 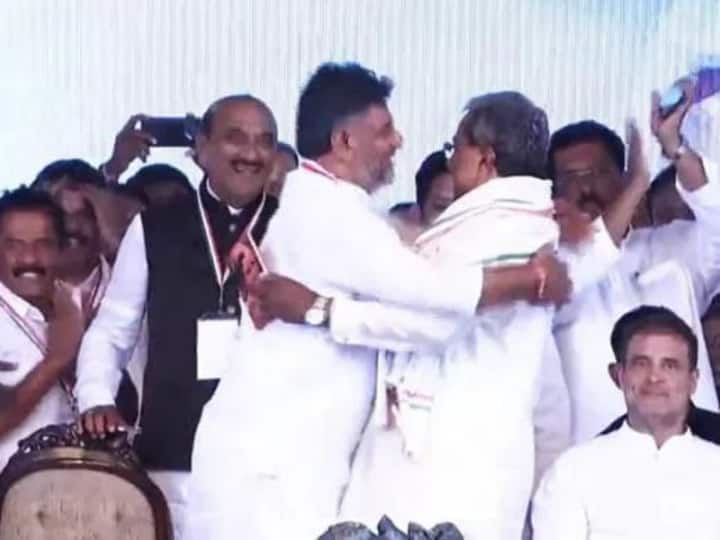 ShivaKumar Hugs Siddaramaiah: In a public display of unity and love in Karnataka Pradesh Congress, state president DK Shivakumar hugged senior party leader Siddaramaiah on the occasion of his 75th birthday on Wednesday and wished him a happy birthday. Giving Birthday Wishes. Seeing this type of love between the two leaders, former Congress President Rahul Gandhi could not live without smiling.

Shivakumar and Siddaramaiah are seen as strong contenders for the chief minister’s post if the party comes to power after the assembly elections to be held in April-May next year, with supporters of both voicing their claims from time to time.

Rahul Gandhi said, “Today I was happy to see Siddaramaiah and DK Shivakumar hugging on the stage.” Gandhi said that Shivakumar has done a lot of work for the Congress organization. In a sort of election bugle, Rahul Gandhi said, “The Congress party is completely united to defeat the BJP and the RSS in Karnataka.” The government will give, which will work for the future of the state, not the work of spreading hatred.