Robert Vadra’s attack on Modi Govt, said – Government is from the people, not the people from the government 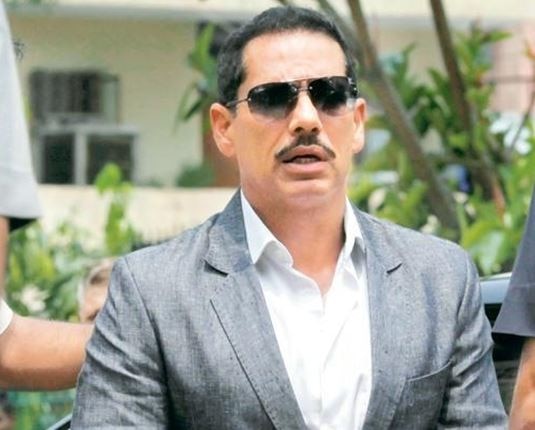 Robert Vadra FB Post: Congress General Secretary Priyanka Gandhi’s husband Robert Vadra criticized the Center on inflation, economy and unemployment. Narendra Modi The government is surrounded. Robert Vadra attacked the Modi government through a Facebook post. He wrote, “There is government from the people, not the people from the government.” Congress is holding a nationwide protest today against inflation.

Also read- Congress Protest: ‘Government will have to do something…’, Priyanka Gandhi joined the Congress protest, targeted the Center

Vadra is active on social media and is often targeted by the Modi government. In a post dated July 31, he wrote, “Stand up for what is right and fight with all your might, even if you stand alone, oblivious to any fear, you will be joined by many who will be on you and your strength.” But on July 27, he posted a poster with a picture of himself with Rahul Gandhi, Sonia Gandhi and Priyanka Gandhi, in which he wrote, “We will not bow down, we will not stop because the love of the countrymen is with us.” Is. In the same post, he wrote, “We will never stop raising people’s issues, will fight unconditionally for their rights and remain strong for the people, no matter what pressure is put on us.”

Let us tell you that the Congress is constantly attacking the Modi government for the ED’s action against Rahul and Sonia Gandhi and today the party is protesting across the country on the issue of inflation. Congress had also called a press conference on this issue today, in which Wayanad MP Rahul Gandhi made a scathing attack on the Modi government. He compared PM Modi to dictator Hitler.

Was the original name of Hyderabad Bhagyanagar? ASI gave this answer in RTI query