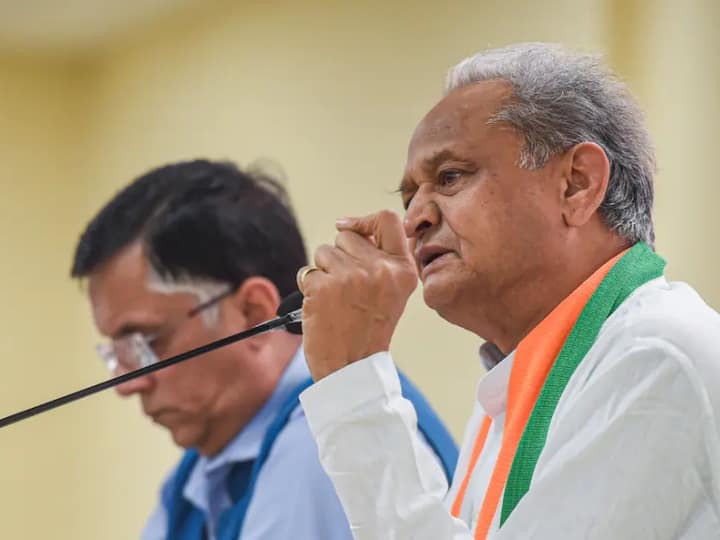 Sonia Gandhi News: Congress held a press conference today regarding the ED’s interrogation of Sonia Gandhi. Many senior leaders including Rajasthan Chief Minister Ashok Gehlot and Ghulam Nabi Azad were present on this occasion. Ashok Gehlot termed ED’s questioning of Sonia Gandhi wrong. Ashok Gehlot said that more power has come to the ED than the CBI. They can harass anyone. He said, “The spectacle that is happening inside the country by the ED, first called Rahul Gandhi and continuously for five days, this never happens, would not even have heard that questioning for fifty hours, today Sonia Gandhi for the third time.” Called, I do not know how long I will call. This is the terror of ED inside the country, a decision should be taken on it soon. The Supreme Court needs that whatever is the mood of the country, people are worried.. Even point five percent is not their success case, so why not decide on it soon. They have a different way, it is not proper in a democracy. ED is being used to topple governments. Seen in Maharashtra. ED cannot form cabinet. The youth of the country are worried. Yesterday, 19 people were suspended from the Parliament, the first four were done, they were not suspended under the Congress rule, they have made a joke. They have pride. ED’s state of terror is not in the interest of the country.

CM Gehlot said that hopefully if PM and Home Ministry are officials then they are definitely getting my feeling. There is Reiki a month before someone is raided but they come at night and raid in the morning. ED officers have to do jobs, they are unable to speak, they know everything, even the public is not able to speak.

Ghulam Nabi Azad said that Sonia Gandhi’s health is being played with. Anand Sharma said that laws would have been necessary but it should be seen that they are not violated. Laws are not weapons in democracy, weapons are with the army. Azad said that in the case of National Herald where Rahul Gandhi was questioned by the ED, then what was the need of questioning Sonia Gandhi in the same case.

Also read- On PMLA, the Supreme Court said – money laundering is an independent crime, change in law is right

Monkeypox is now spreading after Corona, danger has increased in India too, know what is the situation in which countries?

Monkeypox is now spreading after Corona, danger has increased in India too, know what is the situation in which countries?