“Our resolve is a developed India, nothing less than that” – PM Modi 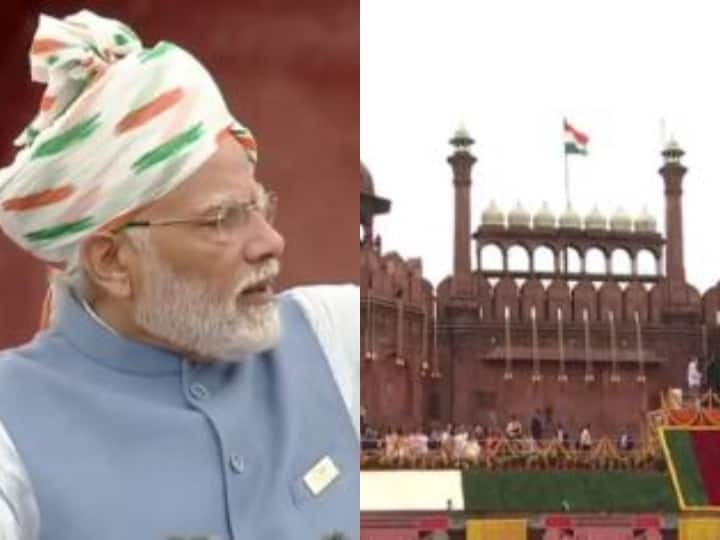 PM Modi on Developed India: On the 75th anniversary of independence, PM Narendra Modi unfurled the tricolor from the ramparts of the Red Fort. In his address to the country, PM Modi said that India is the mother of democracy. The whole world is looking towards India with expectations. He said that today India is becoming self-reliant in many fields. We cannot depend on other countries for long. Emphasizing on unity and solidarity, he said that we are proud of our heritage.

Nothing less than a developed India: PM Modi

From the ramparts of the Red Fort, PM Narendra Modi said that our biggest resolution is a developed India and nothing less is needed. Taking a pledge, he said that within 25 years we will make a developed India. Our country has proved that we have this priceless power. In the journey of 75 years, amidst hopes, expectations, ups and downs, we have been able to reach where we are today. Born after independence, I was the first person who got the opportunity to sing the pride of the countrymen from the Red Fort.

The country will run with a big resolve: PM Modi

PM on the occasion of Independence Day Narendra Modi (PM Modi) further said that now the country will run with a big resolution, and that first big resolution is a developed India and nothing less should be done. The second vow is that if there is even a part of slavery inside our mind in any corner, do not let it escape under any circumstances. Today the world is looking for solutions to problems from the soil of India. The change that is being seen in the whole world towards India is the result of our glorious journey of 75 years.