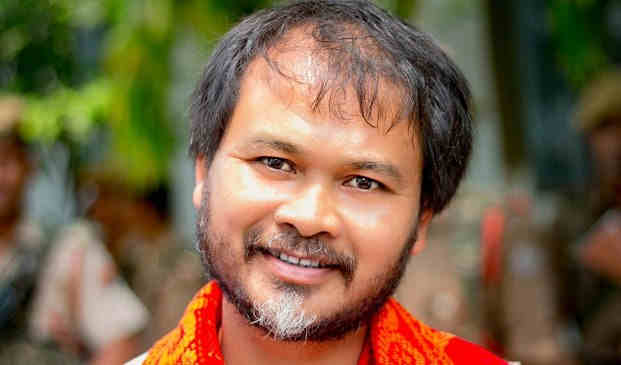 The KMSS leader who recently tested negative for COVID-19 is now reportedly suffering from other ailments and underwent two tests in Gauhati Medical College and Hospital today.

Addressing the sectors of the media here, Gogoi said: “Every opposition force must join the fight against the Citizenship Law Amendment (CAA) of 2019”.
ost he is saying Gogoi said: “Everyone should participate under a single party, symbol and flag.”

Akhil Gogoi appealed to people to continue their struggle against the CAA or Jaati (Assamese community) it will be completed.

“If we all join together, Assam existing policy will be in turmoil,” he said, adding, “do not take political decisions for personal gain”.

Criticizing the state government has recently declared Arunodoi scheme, Gogoi said the state must pay 10,000 rupees to each family in need instead of Rs. 830. Amid the outbreak COVID-19, “Rs.830 is not sufficient”.