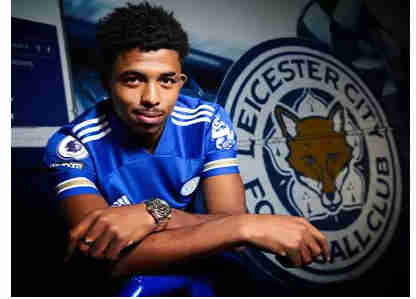 Leicester City have signed Wesley Fofana of St Etienne, with French central defender agreeing a five-year contract, said the Premier League club on Friday. Leicester did not disclose the transfer fee, but British media reported the club paid around 30 million pounds (38.75 million dollars) for the 19-year-old.

“I am very happy to be here. I have seen Leicester City closely since winning the title and are a great club in the Premier League,” Fofana said in a statement.

The French side said earlier this week that the move would be the best selling in its history, with reports that Leicester is paying in the region of £ 30 million (€ 32 million) for Fofana, born in Marseille.

Now the deal to take the 19-year-old England has been sealed, Leicester announced on Friday (October 2). Fofana told Leicester’s official website: “I am to be here I watched closely Leicester City since winning the title and are a great club in the Premier League very happy ..

“I know I’ll learn a lot from the players and the manager here, which is one of the main reasons why I came. I can not wait to start.”

Fofana was described by Saint-Etienne as “one of France’s greatest talents of his generation” on Tuesday, when they revealed the center of defense his way to Leicester. He was summoned for the France Under-21 team this week.

Saint-Etienne describes Leicester’s offer as “exceptional, especially given the context of economic uncertainty caused by the [COVID-19] health crisis”. Leicester surprised Manchester City 5-2 on Sunday to make it three wins in three games so far in the Manager Brendan Rodgers in the Premier League this season. They also have a Europa League campaign ahead. Fofana played 14 games in Ligue 1 last season, made two appearances in the Europa League, and helped Saint-Etienne reaching the French Cup final, where they lost 1-0 to Paris Saint-Germain.