Union HRD Minister Ramesh Pokhriyal Nishank recently reiterated that the Central Government will honor the order of Patna High Court with NIOS DELD teachers. He was responding to complaints made by candidates passing the NIOS D.EL.Ed course, during a webinar #EducationMinisterGoesLive, during a conversation with teachers across the country.

The Patna High Court has quashed an order of the National Council for Teacher Education (NCTE) saying that in-service teachers do not hold the Diploma in Elementary Education (D.El.Ed.) of the National Inaugural School (NIOS). Valid for regular recruitment as a primary school teacher. 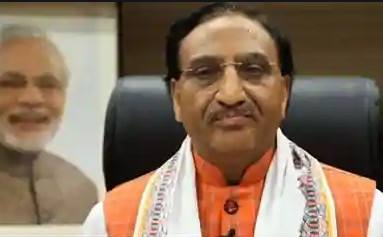 After completing the course, the NIOS D.El.Ed teachers, who have been left in the lurch after several recruitment agencies not included their qualification as an eligibility criterion, were fighting for their cause online and offline for parity with other teacher training programmes.

“MHRD to respect the orders of Honourable High Court of Patna issued with respect to NIOS DLEd teachers,” the minister said in his address.

In January this year, the Patna High Court passed the judgement in favour of the NIOS D.El.Ed. candidates and asked the Bihar government to consider their candidature for the teacher recruitment exam. The 18-month duration diploma obtained by these candidates was not considered eligible for teacher recruitment by various governments including Bihar.

Disclaimer: The job news published on AllJobAssam.com are merely informative in nature and may/may not contain all the job details. Hence such a job news cannot or should not be treated as official circular/notification/advertisement for the purpose in any case. It is always advisable to verfify the job post from the official sources before applying.