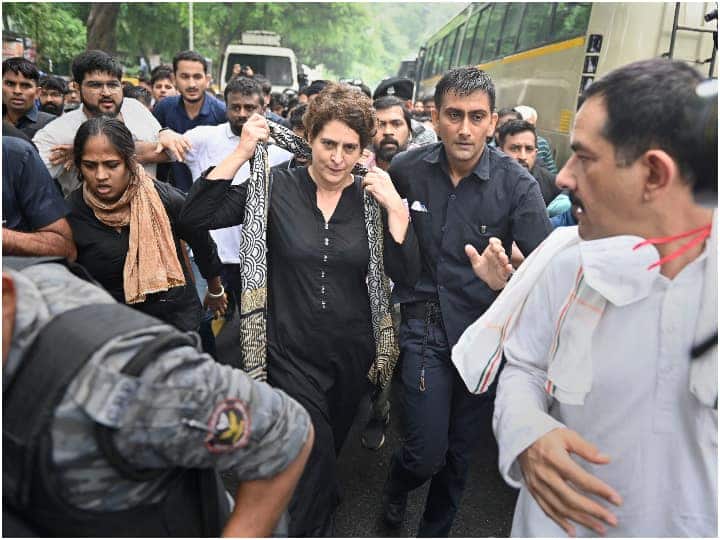 Police said that prohibitory orders under section 144 were in force in New Delhi district. Due to Section 144, protests were not allowed in the capital Delhi. Let us inform that on Friday, the police had detained more than 300 protesters, including 65 MPs.

Why did the Congress protest?

Various leaders and workers, including Congress leaders Rahul Gandhi, Priyanka Gandhi, protested on Friday regarding rising inflation, unemployment. Discussions have also taken place in both the houses of Parliament, Rajya Sabha and Lok Sabha regarding rising inflation. Union Finance Minister Nirmala Sitharaman had responded to the rising inflation in the House that the decision of the ‘GST Council’ to impose GST on everyday items like essential commodities such as gas, petrol, diesel, pulses, oil, flour, milk, curd, cheese. was. The council has representatives from all the states.

What did the BJP say on the Congress protests?

Union Minister Amit Shah said on Congress’s protest that Congress is carrying forward the politics of appeasement. Prime Minister on this day Narendra Modi had laid the foundation stone of Ram Janmabhoomi. Congress chose this day for protest. Protested in Delhi wearing black clothes. Congress wants to give a hidden message that we oppose the foundation stone laying of Ramjam Bhoomi.

Congress Protest: ‘Apologize to the country for insulting Ram Bhakts’, CM Yogi said on the performance of Congress in black clothes

Digvijay Singh gave a reply to Amit Shah, said – Lord Ram also with Congress for the rights of the people, also took a jibe at RSS