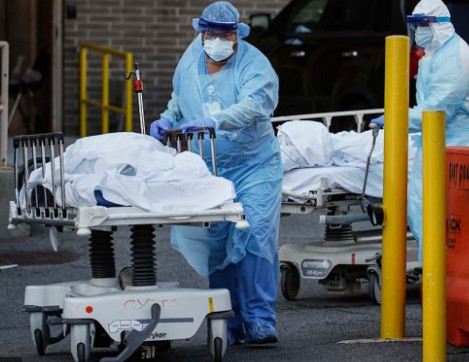 Coronavirus in India Live Updates: 33 police personnel died in Maharashtra from Corona so far, death toll across the country is close to 7000

Coronavirus Covid-19 Tracker India News Live Updates: So far, at least 33 personnel, including a police officer, have died from Covid-19 in Maharashtra. A police officer gave this information on Sunday. He said that coronavirus infection has been confirmed among 2,562 police personnel in the state so far. “Of these 33 police personnel, 18 are from Mumbai Police,” the official said. At present, 1,497 personnel of the state police force are undergoing treatment of Kovid-19, including 196 officers. Despite four lockdowns in the country, the number of Corona patients is steadily increasing. A record 9971 new cases were reported again in the country on Sunday. With this, the total number of cases in India has reached 2 lakh 46 thousand 628. At the same time, 287 people have died in one day, due to which the figure of the dead has come down to 6929.

Talking about the last one week, so far 1539 people have lost their lives due to infection. Of these, 56% i.e. 864 deaths occurred in Maharashtra and Gujarat only. Where in Maharashtra, 683 people lost their lives in a week from Corona. In Gujarat, 181 people died during this period. Talking about the most affected states of the country, both these states are in the top-5. So far the number of victims in Maharashtra is more than 82 thousand. At the same time, the total death toll has risen to 2969. Two thousand new cases are coming to the state every day for the last three weeks.

However, the death rate from corona in India is still quite low – 2.8 percent. This means that out of every 100 infected, maximum 3 people are killed here. Globally, this rate is up to 5.8 per cent. In the US, this rate is 5.7 percent. The rate is 5.5 percent in Brazil and 1.2 percent in Russia.