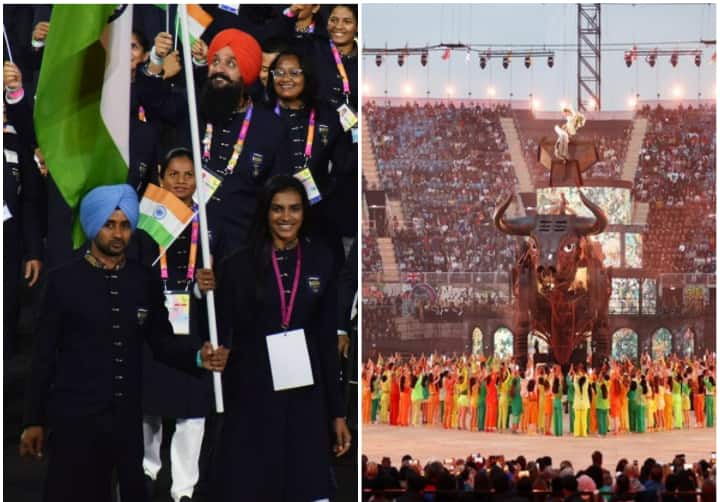 India’s badminton player PV Sindhu and men’s hockey team captain Manpreet Singh were made flag bearers during the Grand Opening Ceremony. At the opening ceremony of the Commonwealth Games 2022 held at Alexander Stadium, P.V. The Indian team arrived under the leadership of Sindhu and Manpreet Singh.

On the other hand, Pakistan women’s cricket team captain Bismah Maroof represented her country during the opening ceremony of the Commonwealth Games 2022. Bismah Maroof has returned to the Cricket World Cup after giving birth to her daughter earlier this year.

Let us tell you that the Commonwealth Games 2022 is being organized from 28 July to 8 August at the Alexander Stadium in Birmingham. During this, 215 athletes will represent India, who will participate in 141 events across 19 sports.