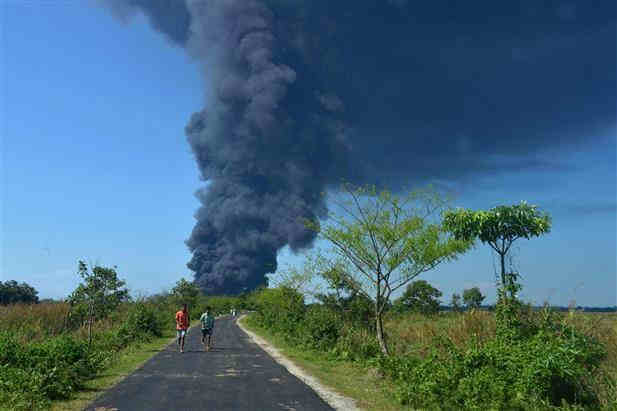 Oil India Limited (OIL) on has finally managed to extinguish the fire that broke out in Baghjan No 5 oil well 104 days after erupted, diverting the flow of gas from the well to the wells constructed flares temporarily.

A team of 100 staff, engineers and technicians carried out the operation which was led by the head CEO drilling, Manash Kamal Kakoty. A six-member team of foreign experts was also involved in the operation.Finally, after 104 days, Oil India Limited (OIL) on Monday extinguished the fire that broke out in Baghjan No 5 oil well to the divert gas to the flare pit .

OIL successfully installed blowout preventer (BOP) in Baghjan there are 5 oil well, on August 17, but failed to quell fire operations due to technical problems. The fire has been extinguished now finally after three weeks of repeated attempts.