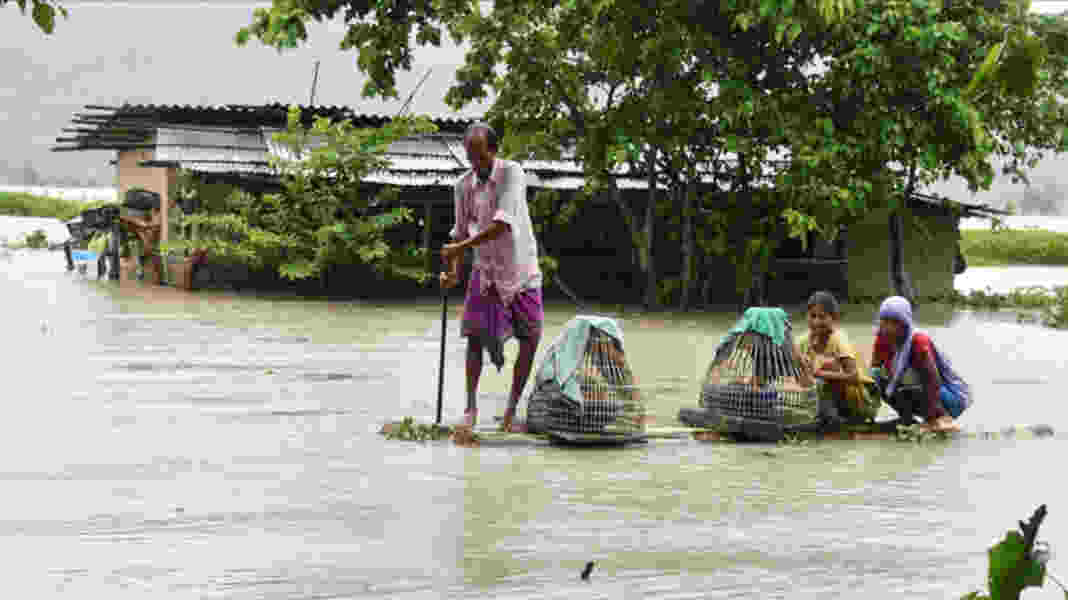 The third wave of floods in Assam has affected so very 2.25 lakh people of 219 villages in 9 districts. According to the latest report of the Flood Disaster Management Authority of the State of Assam (ASDMA), a total of 213 villages in 13 revenue circles across 9 districts have been affected by floods.

According to the report, about 40,000 domesticated animals also have affected due to flooding.

The Brahmaputra river is flowing above the danger level at Neamatighat in Jorhat and Sonitpur district while two of its tributaries, Jia Bharali and Kopili crossed the danger mark in Sonitpur and Nagaon districts of northeastern Assam, respectively. According to reports, this year until the first week of August, devastating floods killed 118 people in 22 districts, while another 26 died in landslides since May 22, Assam has witnessed a 12% excess rain (real 1644.2 mm 1464.9 mm versus normal) during the last four months. In September, Assam recorded 46% excess rain (real 367 mm against the normal 251.1 mm).