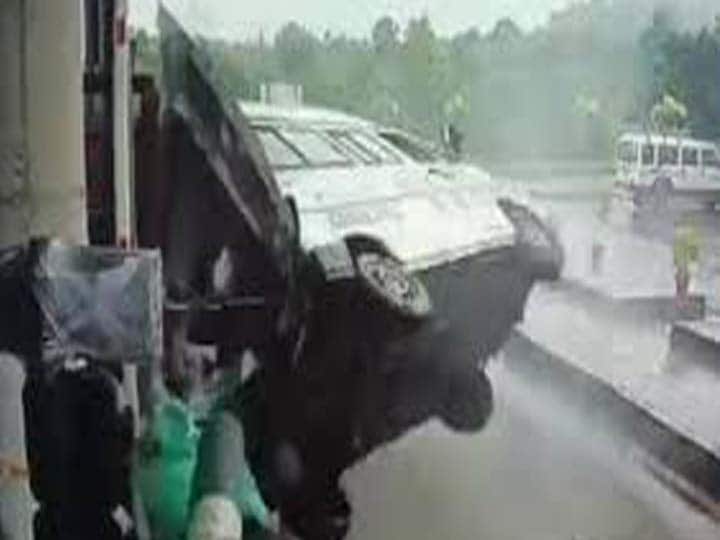 Karnataka Accident Video: Four people were killed when an ambulance suddenly arrived unbalanced at the toll gate near Bindoor in Karnataka. A heartbreaking video of this incident has surfaced. It is being told that at a toll gate near Bindoor in the state, suddenly losing balance, a speeding ambulance came and collided and became a victim of an accident. Four people have been injured in this. According to the information, all the four injured people have died. The incident has been captured on CCTV.

Video of the incident going viral on social media

It is being said that in this incident, the patient and his family members in the ambulance got out of the ambulance and fell away on the road.

#WATCH , Karnataka: Four people were injured after a speeding ambulance toppled at a toll gate, near Byndoor. The Ambulance was carrying a patient to Honnavara. Further details are awaited.

On the third day, the remix lyrics of the film song echoed in the stormy monsoon session – ‘Dreamy witch BJP brought’